Golden Beach Administration Over The Years

A Brief History of the Town

90 years ago, two brothers surveyed a swath of mangrove and sand dunes. They were immediately inspired by the serene crystal shoreline and the prospect of opportunity. Their names were R.W. and Henry G. Ralston. And that undisturbed patch of land would become what is the Town of Golden Beach. South Florida in the 1920’s saw no shortage of investors and developers looking to get a piece of the sub-tropical pie. But the Ralston brothers had a different vision. Their plan was to build an intimate community, nestled on the ocean. It would be a respite from hustle and bustle that would be attractive to city dwellers from up north who had grown tired of congestion and longed for the jubilance that ocean side living could afford. Their community would be strictly residential. No businesses, no noisy nightclubs or hotels with throngs of tourists clattering and clamoring about.

The dream was concrete but developing the Town was no simple undertaking. The brothers and their associates of the “Golden Beach Corporation” spent millions of dollars in transforming the mangrove swamps, hauling fill to build the iconic silhouette of the town, encompassing three-islands, peninsulas meeting the existing ocean front. Their labors literally shaped Golden Beach one barge load at a time. With the foundations of the Town laid, infrastructure followed. Plumbing and electrical lines had to be configured, bridges built; this little oasis needed to be ready to accommodate its anticipated new residents. During the initial development streets in Town were given Italian names, a nod to another famed canalled city, Venice. Some of these monikers still remain today including those of Terracina, Verona, Ravenna, Palermo, Navona and Massini Avenues. North Island was once called Avellino Island, Center Island held the name Riviera Island and South Island was once known as Terranova. These former names were changed sometime later, most likely for ease of navigation. The Beach Pavilion, when built in 1924, was originally known as the “Florentine Loggia” due to its Italian influenced Mediterranean Revival style.

The Town of Golden Beach was incorporated under its present status, by a special act of the Legislature of the State of Florida in 1929. The act was approved and Golden Beach became a legalized community on May 23rd, 1929.

When originally developed, plots sold for $7,500 for Ocean-Front (to the east) and $2,000 for Ocean Boulevard plots (to the west). At initial offering the interior islands and peninsulas in Town were still being developed and were not offered for sale.

Once noted in Ripley’s “Believe It or Not” as the Town with the only jail from which you could fish by putting a pole out of the window, Golden Beach is now renowned for its

upscale image. The same qualities that once drew families such as the Firestones, DuPonts, and Roosevelts have attracted current celebrities as well as ordinary people who love to live in Golden Beach. The old mangrove swamps are now replaced by stately homes.

90 years later the Town continues to build and improve on the vision of the Ralston brothers. Its current Mayor, Town Council and Town Administration have unfaltering dedication to enriching their community.   In the past decade the Town has undergone a massive $48 million Capital Improvement Project. Upgrades have been made to secure the Town’s standing as a forefront community. Light, cable and phone utility lines have all been undergrounded, new water lines laid, a comprehensive storm water system has been installed. Renovations and reconstruction have occurred on the Town’s bridges ensuring their integrity and durability. Plans are in the works to roll out a one-of-a-kind, state-of-the-art security system and motion detectors that will monitor the shoreline as well as the roadways within Town. New street lighting has been installed throughout Town for improved security and aesthetics. Other projects focused on beautification; installing meandering sidewalks throughout Town and a complete renovation to landscaping using Florida-native plants, and a recent reimagining of the Town’s main entrance at The Strand. In the past ten years the value of homes in Golden Beach has more than doubled from $479 million to $1.35 billion.

The Ralston brothers would undoubtedly be proud of the way their coastal dream town has evolved and grown, meeting the ever-increasing expectations of modernity while holding onto their original vision of a tranquil enclave of oceanside splendor. 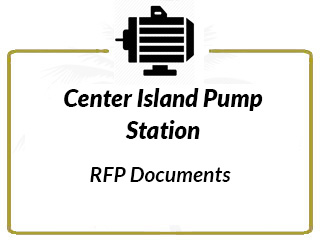